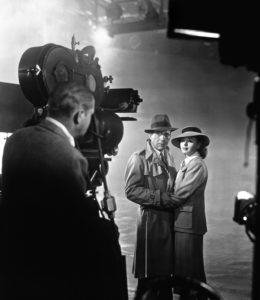 You know, I’m not new to live TV -- in 1952, I starred in my first live sitcom, which was "Life with Elizabeth". And, of course, back then we didn’t want to do it live. We just didn't know how to tape things. So I don’t know what this show's excuse is.

Needless to say, we didn’t have Facebook when I was growing up. We had Phonebook, but... you wouldn’t waste an afternoon on it. Facebook just sounds like a drag. In my day, seeing pictures of people’s vacations was considered a punishment.

Things were a lot different when I was growing up. My father, Horace, was a traveling salesman, who moved our family to California during the Great Depression. I mean, that’s the kind of stuff you only read about in novels.

And, to think, I’ve lived through a World War, worked on radio and films, on "Mary Tyler Moore", and "The Golden Girls"... And now I’m here tonight because you wanted me to be here. And I just want to say I feel so loved.

Thank you. If I could, I would take you ALL on a big hayride. You. Guess what? Jay-Z is here! And if I had a dime for every time I've said that, I’d have one dime -- which wasn’t anything to shake a stick at in my day!"